Thanks to everyone who came out in support of the Sidewalk Film Festival Scramble.  We had a blast meeting all the talented folks from Birmingham and the surrounding areas.  Here are a few of our favorite looks from the night: 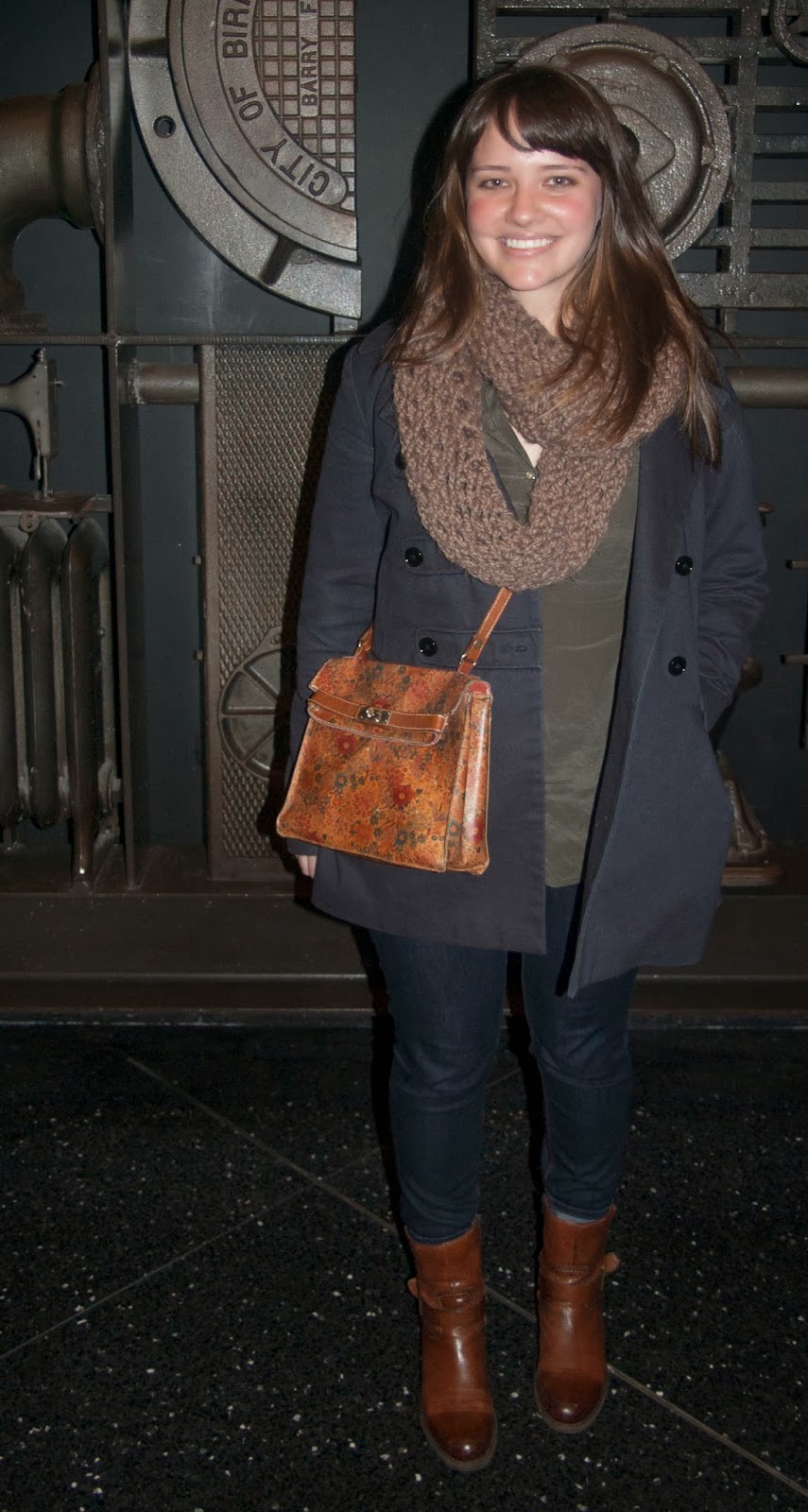 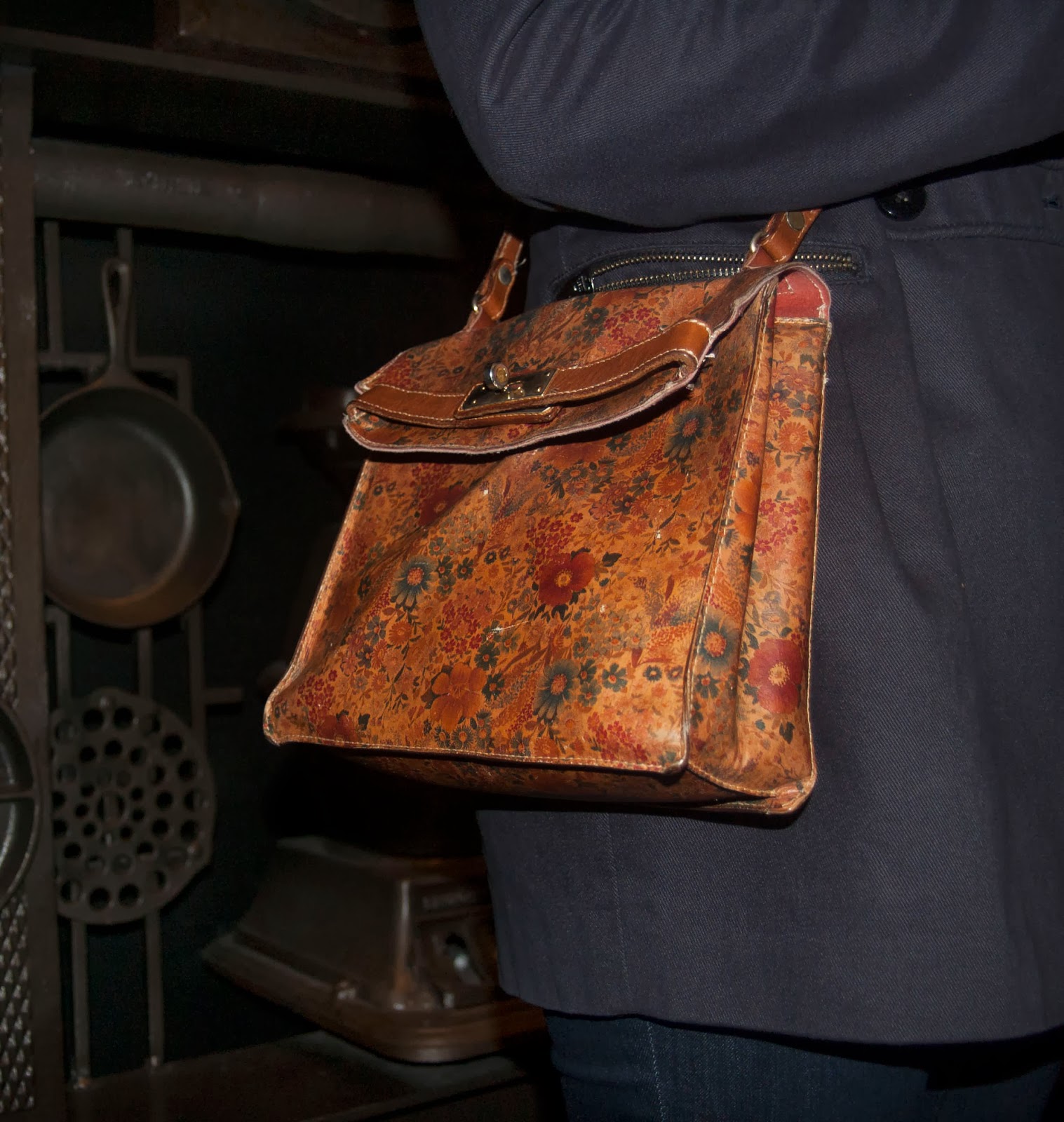 Lauren was raised in Prattville, AL but she is currently in college at The University of Alabama.  She chose to wear an Express button up and Express pants, paired with an amazing handbag.  We were so intrigued by her handbag and we had to know where she found it.  The bag was a wonderful find from the Eastbrook Flea Market in Montgomery, AL.  We are determined to make a trip to Montgomery to see if we have such luck. 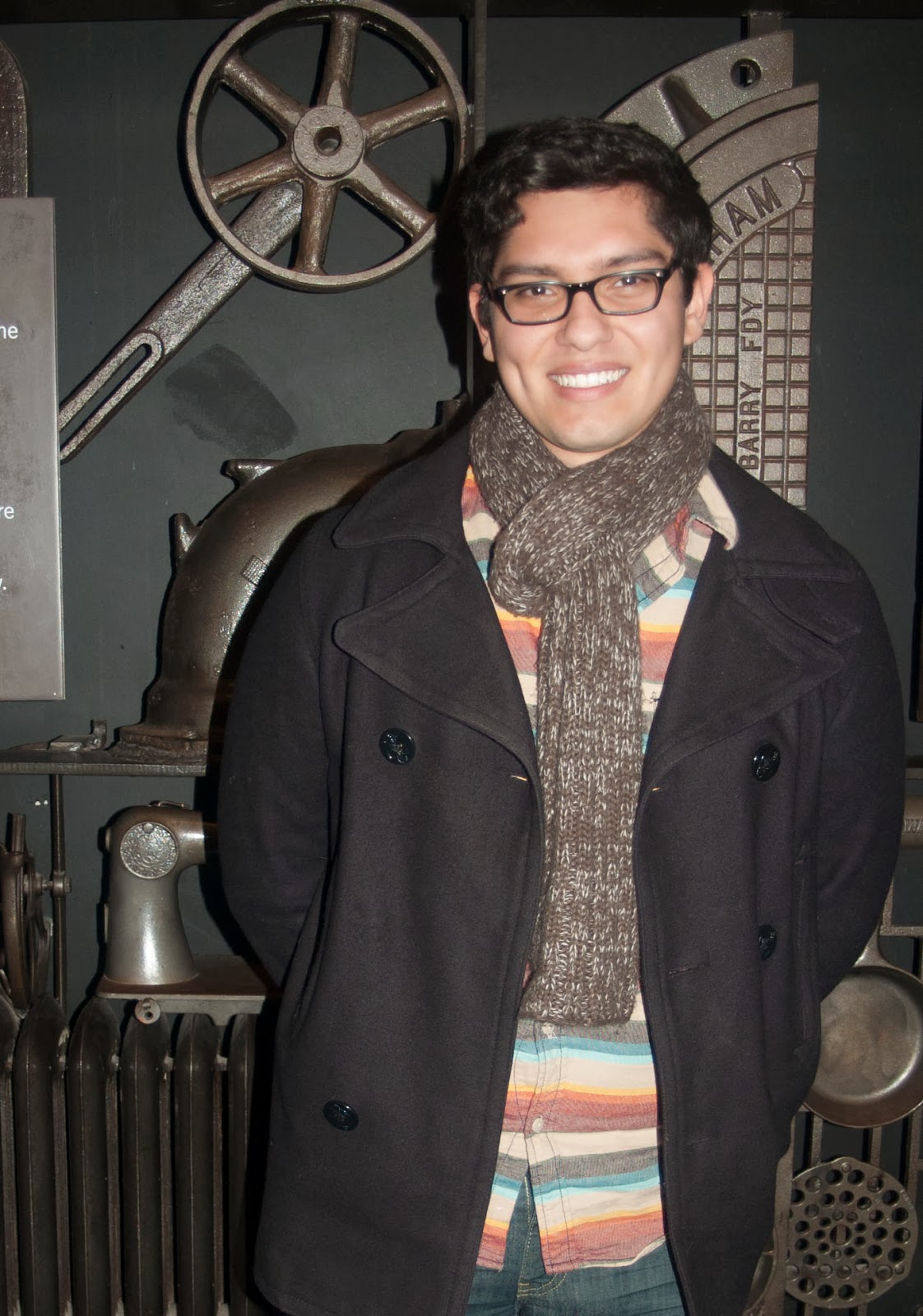 Carlos is an aspiring filmmaker living in Birmingham.  He chose to wear an Old Navy jacket, Arizona shirt, Levis jeans and Feather shoes.  We love that he didn't shy away from color and chose to wear this button up shirt.

Amy is a Birmingham native whose son is an aspiring filmmaker.  Her son was part of the Vulcan Scramble Film Becoming Symbolic.  Her off-white sweater is what caught our eye.  It looked cozy yet hip.  According to Amy she found the sweater on the sale rack at H&M for $19.99.  We love a good deal! 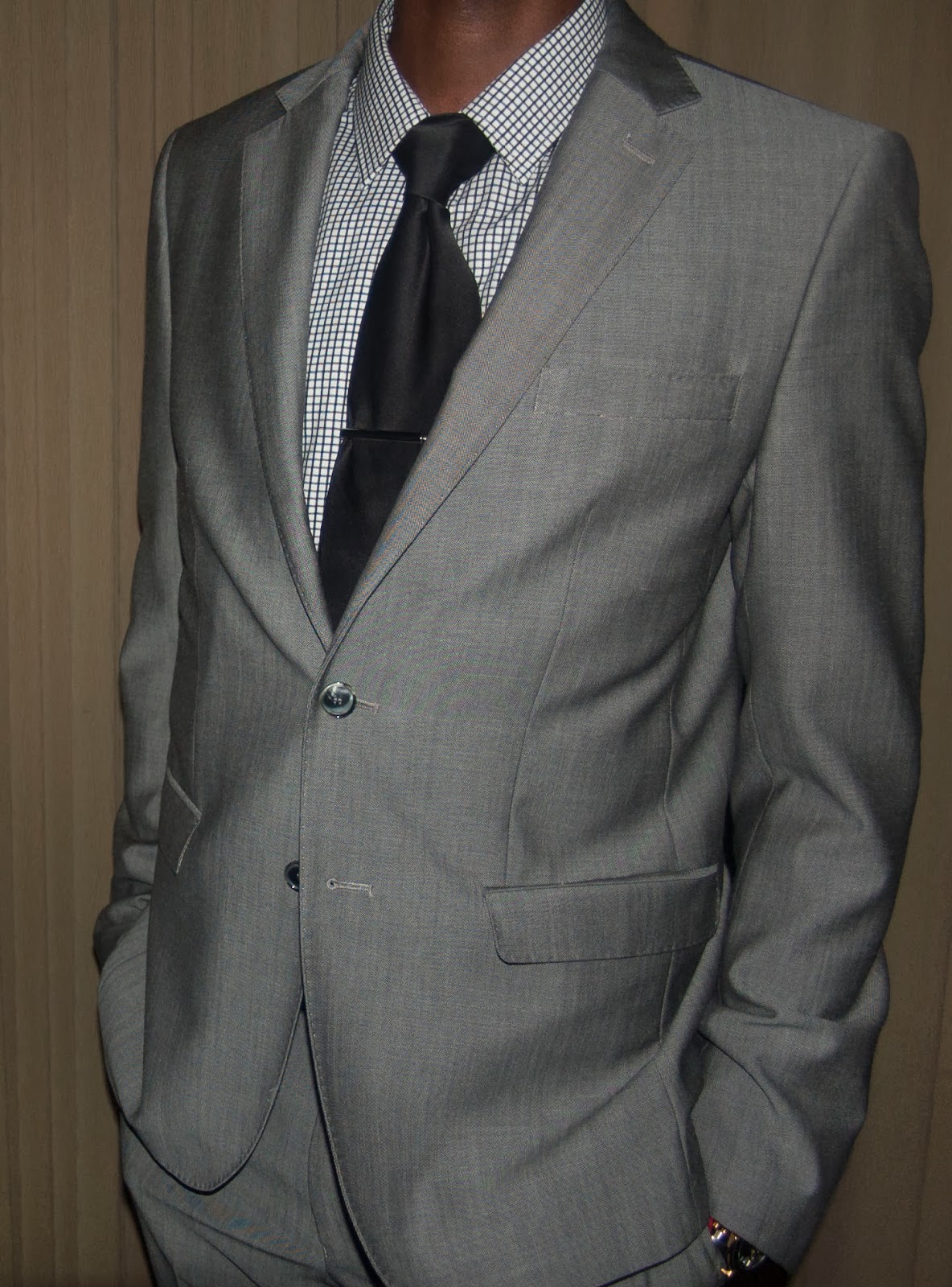 Peter lives between Birmingham and Montgomery traveling weekly for work.  He spends his days as a liquor rep for Alliance Beverage.  Initially, he stood out because he was dressed in suit and tie.  After talking to him we felt like we made a friend.  First impressions are key and Peter's suit from Zara shows it doesn't take a lot of money to make a good first impression.

Kimberly's eccentric style interested us from the get go.  Her hair was unique and her style out of the box.  Her pairing of a polkadot top with a fur vest was in the words of her man, "HOT".  She found her top at Forever 21 and borrowed her vest.  The skirt was a thrift store find and boots from Urban Outfitters.  We are looking forward to seeing what you decide to wear at upcoming events. 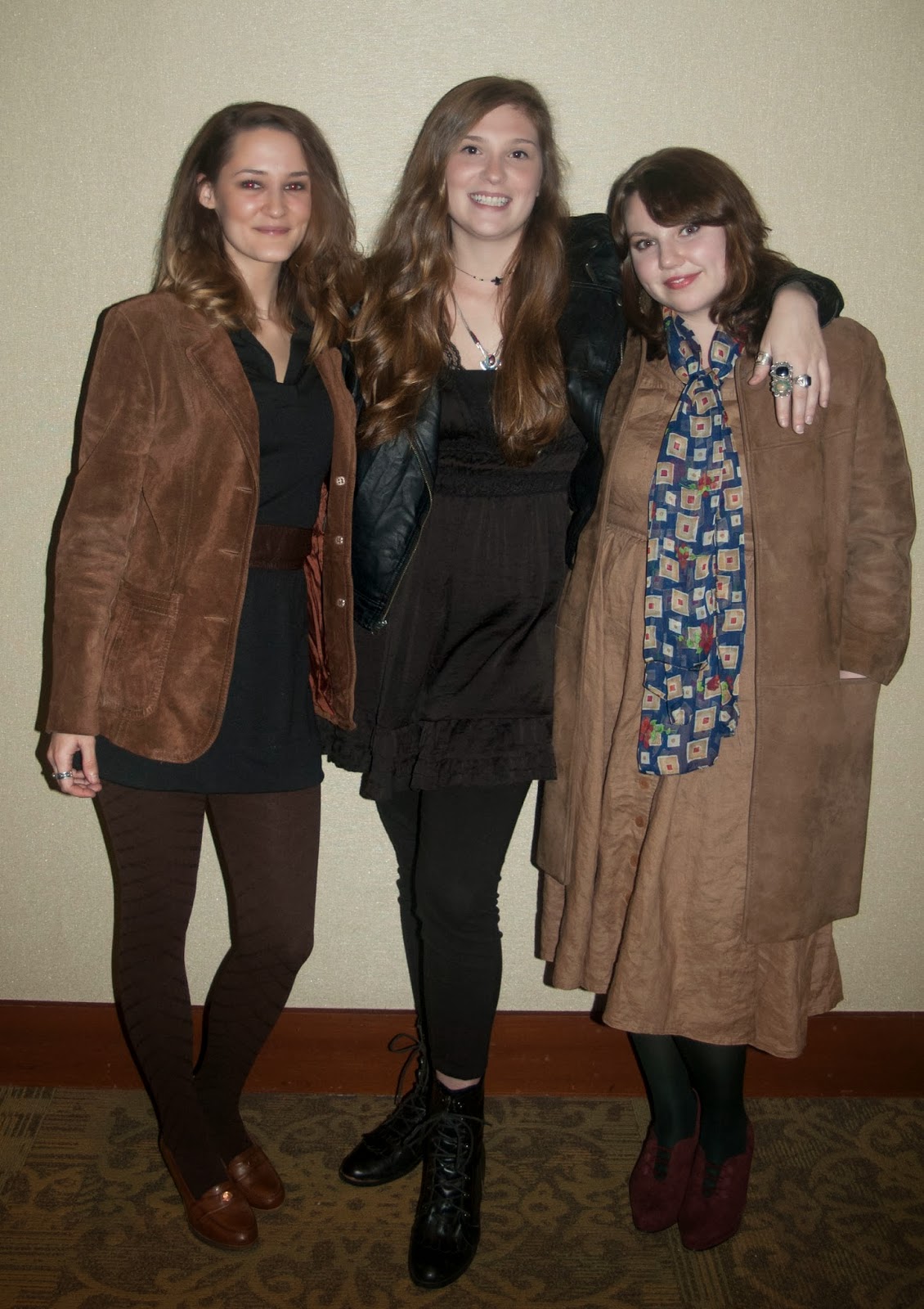 These girls oozed personal style.  Sarah is an aspiring filmmaker who took part in creating the winning film, Good Mooning Homewood, at the Vulcan Scramble.  We just loved the wedge penny loafers that she found at the thrift store.  Victoria was sporting an amazing Rock & Republic jacket that she found at Khols.  We also learned that she and her mother have an amazing collection of turquoise rings.  She was sporting a few at the Scramble.  Payton's scarfed popped thanks to her decision pair it with a tan dress and jacket.  These girls love the Sidewalk Film Festival and said when they go they can't be without sunglasses, cardigan, cash, sunscreen, program and map of downtown.

Posted by bhamfashion at 8:03 PM